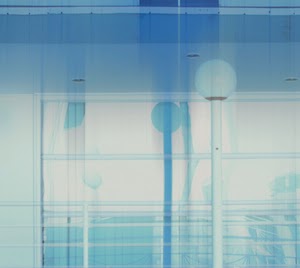 Should
The Great Pretend
“Down A Notch” EP
(Words on Music)

Music is important.  It has always been at the forefront of my consciousness.  My fascination with music is almost entirely founded on the sounds that great artists create, but there will always be a part of me that obsesses over the physical product.  Though the days of discovering new music in dark and dingy record stores in any city I would find myself in are now few and far between, I still cherish those moments.  I love holding the sleeve and artwork in my hands and to this day I can recite the place and often the circumstances I discovered and purchased almost any record or CD in my collection.  Since I entered my teens and began working for money to be used to feed my record habit, I have been occasionally haunted by dreams of finding imaginary obscure limited edition records from the bands I love.  The first of these that I still remember is one where I discovered a trove of Japanese import singles from Tears for Fears in the Lincoln City Safeway (and yes, back then Safeway groceries sold discount records near the checkout aisles).  Sadly, lately, many of those dreams are of trying to find lost treasures at “going out of business” sales.

It saddens me in a way that record and book stores have disappeared.  The highlight of visiting these types of cultural hubs in new cities has always been one of my biggest motivators for traveling.  In those days of visiting Seattle during Spring Break in my early High School years with my parents to visit my older brother were always exciting because I would get a chance to visit the huge Tower Record stores up there, or hit Fallout Records on Capitol Hill, or the random Cellophane Square stores in the malls around town, or if I was lucky hit the multitudes of little shops in the U-District.  Now when I go to that city to visit family and friends, it feels culturally bankrupt.  There are almost no record or book stores left.  Though, I fully realize that this is an ugly old curmudgeonly side of me popping out, it even saddens me that when I visit family and friends these days there’s a lack of music and records on display.  I am also a little jealous that they have homes with all this extra space not being taken up by huge shelves and boxes and stereo equipment that litter my place, because their music and books are all contained in phones, tablets and laptops.  In the end, what makes me most sad is that I no longer have any real memories or lasting excitement tied with the discovery of the increasing amount of music that I now collect digitally.  Yes, the music is what’s important and I sure as hell enjoy it to the fullest, but when I lay back and absorb that music I miss the distraction of the artwork and liner notes of the packaging.

I still remember when I first discovered the band Should.  No, it wasn’t by walking into a shop; instead it came from those old updates I used to receive in the post every couple of weeks from Parasol Records mail order throughout most of the 90s.  Those beat up brightly colored folded legal sized sheets of paper used to provide me with such joy and so many discoveries.  Each time an update would arrive I would study it, mark the 45s or CD’s that looked most intriguing and select the few of those that I felt I could afford (I couldn’t really afford them), phone the next day from work (free long distance) and place an order and then anxiously await the arrival of the new music and the nice little thank you note from Parasol artist/employee Angie Heaton.  Should’s 1998 second album Feed Like Fishes was one of those selections (most likely based on reference that the disc included a cover version of The Wedding Present’s song “Spangle”).  That was back in 1998.  Their next release was a reissue collection in 2002 of Should’s earliest work titled A Folding Sieve, which was once again excellent, but felt bittersweet as it seemed to be that their two CDs were really posthumous releases.  So it was with great surprise and excitement that when their third album Like a Fire Without Sound appeared 13 years later in 2011 (my #17 pick seen here) and it exceeded all hopes and turned out to be their best work yet.

When I hit play on the Should’s latest CD, The Great Pretend (which shares the title of the closing track from Like a Fire Without Sound) and heard the quiet repetitive build up that is the mood setting “Don’t Send Me Your Regrets,” I knew immediately that this would be another stellar album from this reclusive post-punk duo.  There’s nearly a full two minutes of tension-building music before songwriter Marc Ostermeier sings “Oh no, don’t fill me with your regrets / Don’t fill the air with such nonsense” – setting the stage for an album full of quiet bitterness at the collapse of a relationship.  It excites me that many musicians have not lost the idea of albums in this day of downloading.  This is a collection of songs meant to be heard as a whole.  It is not just a bunch of songs.  It’s clear that the band carefully selected the running order and that it is meant to be heard in such a manner.  The second song finds the band continuing their long standing tradition of amazing cover versions (Wedding Present, Disco Inferno, Jean Paul Sartre Experience, 18th Dye) with a very straight forward version of “Loveless Devotion” from New Zealand’s Over the Atlantic.  This song is a revelation, because I was previously unfamiliar with this band, but it is also a perfect fit into the album.  It acts as a bridge between the newer more carefully crafted cleaner sounding Should and their edgier early sound as about two thirds of the way into this version, a grinding guitar boldly pops in and provides some urgency.  “Mistakes Are Mine” continues the bitterness, as our narrator sardonically accepts all of the blame for the failing romance atop a driving beat.  The catchy first single from the album, “Down a Notch,” provides a similar frustrated irritation (“If you’ve got all the answers / I’d like to hear just one of them”) inside a sugar coated musical message.  It isn’t until the closing orchestrated waltz  “Don’t Get to Know Me,” that the bitterness of the break-up turns inward, as Ostermeier and vocalist Tanya Maus conclude in a pretty repeated refrain that we should “all stay lonely” and give up the entire charade of getting along.

Elsewhere, we find the band re-engaging with their early fuzzier sound on the upbeat “Dalliance,” while “In Monotone” and “A Lonely Place” guide us through their hazier and slower moods.  The penultimate song “Gold Stars,” offers a moment of beautiful melancholic reflection and sweetness to counter balance some of internal strife elsewhere.  Meanwhile, the unbelievably great sounding “Everybody Knows” channels the mysterious intrigue of post-punk legends and label-mates For Against.  The call and response vocals and the echo-laden soaring chorus had me singing along immediately.  Then there’s the hollow drum beat, heavy bass rumble, scratchy guitars, and heavy vocals of “Amends,” which I swear sounds like an outtake from Joy Division’s Closer sessions.  I love it when bands get better with age. 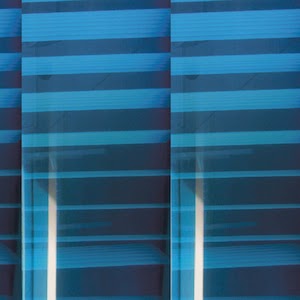 Don’t miss the download only single “Down a Notch” either.  This includes the fantastic single from the LP – a great teaser for the uninitiated, but also two non-LP songs for the collectors.  “On Your Sleeve” is an excellent song that investigates the effects unspoken things that we want others to say or want to say at important moments.  It’s a powerful song.  Finally, “Animate” is a heavy and very straight-ahead instrumental.

Should "Down a Notch"

Posted by chriswreckage at 1:27 PM