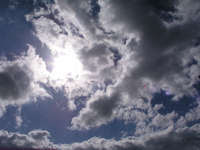 It’s been a long while since I’ve sat down and tried to write. About a month and a half ago everything on my computer was lost to a virus, which was contracted thanks to one of my stupid jobs. Not surprisingly I never bothered to back anything up, or save anything to an outside source, so I lost everything. I had several years’ worth of writing tidbits, short stories, true stories and even seven chapters of a long abandoned novel. Instead of getting angry about it, I just shrugged my shoulders and went on with life. The only thing is, ever since, I have noticed a slowly encroaching dark cloud surrounding me. First of all, I have allowed my work situation to grow wildly out of control. I have two part time jobs, which theoretically should total between 40-45 hours a week between them. Instead, now I am working essentially every waking hour of each weekday, save for the moments that I’m traveling to and from each location. I have always been someone willing to go the extra mile for those who I work for, but I have never identified myself with what I do to make a living. I did manage to get away for a few days two weeks ago for my High School’s 20 year class reunion. It was a lot of fun and despite a lot of ambivalence and some apprehension, I had a great time! Oddly though, during my nightmarish drive home in stop and go traffic, I felt a strong sense of sadness. This sadness seemed to have no source. I have no idea what could have caused it. I had a good time and had a chance to catch up with some old friends, but here I was feeling sad. Things didn’t take a change for the better, when two nights later; I was driving home fairly late at night and turned right off the freeway onto an off-ramp only to plow over some sort of creature that jumped onto the road directly in front of me. The moment I saw this small creature’s dark shape and glowing eyes (no clue what it was), I swerved dramatically, but could not avoid hearing and feeling the crunch of its tiny skeleton underneath my front left tire. I drifted home slowly after my indiscriminate killing machine plowed into this poor scared once living being, feeling like my head would explode from massive guilt and the increasing volume in my self-questioning of where my life is headed. I feel like I’ve painted myself into a corner that I cannot escape from. This isn’t the first time I’ve felt like I had nowhere to turn after making poor decisions, but I received a second chance nearly five years ago when I received a cadaver kidney the same morning that I had finally given up. At that time I vowed to myself that I would become a better person in every way possible. In many ways, I have. I am, overall, a much more positive person. I am much wiser when it comes to finances and keeping my affairs in order. And I have devoted myself to helping my brother through his nightmare ordeal by trying to make his life as tolerable as possible. Yet, recently, it all feels like it’s slipping away. I feel like I’m losing control of things. I have allowed stress to put the squeeze on my life and a constant nagging feeling of worry. I do not know what to do.

Then, the plot shifted. Last weekend, I saw a woman who sent chills down my spine. I was in a social environment, where I barely knew anyone and normally would have bailed quickly – being that I am not the most outgoing person. Instead I lingered and planned on how I could meet this beautiful person – to see her amazing smile up close. I kept glancing at her as I worked my through the group introducing myself to the strangers on my way toward her. She proved elusive – seemingly moving through the crowd at the same rate I was. I felt like she was always as far away as she possibly could be, while still in sight. Unusually though, I began to believe that she was returning my quick glances with some sort of positive energy. I cannot convince myself that this could ever be true, or possible, but I almost believed it. She seemed to know everyone, but didn’t seem to be there with any one clique. Her easy calm and casual demeanor built up a serious longing in me. To cut the scene short, I finally managed to win an introduction, but due to circumstances, that is all I managed. This would normally be no big deal. Actually, it would be par for the course. Another pretty girl that I was attracted to that I made no show of interest to, other than maybe a disturbing amount of staring. This time though, her visage has stayed with me. I still have butterflies rumbling around in my stomach after such a brief encounter a week later. I can say that only two times previously in my life have I been affected like this. That head over heels loopy madness and a complete loss of appetite or any coherent thought. I don’t understand it and I don’t like to admit to myself that I have a hole in my life. When I think about her vivid smile, a ray of light breaks through that dark cloud that has been enveloping me and makes me think of possibilities instead of corners and dead ends, yet I still don’t know what to do. There is not a likely scenario where I would ever encounter her again, but I could try and force the issue. I do know someone that could put me in touch with her, though it would be more uncomfortable than actually asking her out – something that has never come easy for me. It doesn’t help that I feel like a combination of Frankenstein and Bigfoot wandering around this planet as a curiosity. Much like the time in the early 90’s when a bunch of my old co-workers and I were at a work lunch at Red Robin and I had ordered the Monster Burger. When the waitress brought the order for the 12 or so of us, she called out: “Monster? Monster?” and it was only me who raised a hand. I don’t know what to do.

Posted by chriswreckage at 11:34 AM 5 comments: