He keeps his eyes on Stacy across the room. Bright lights flash behind her. Glass clinks and clanks chip at his ears. Music thumps over the top of everything. He feels boxed in; almost sensory deprived. She smiles at the guy she is talking to. Earlier he and Stacy had been involved in a heated discussion. They were always arguing. She irritated him with her attitude. To him, she was insufferably conceited. He took it upon himself to try and knock her down with nasty quips, jabs and a general mean spirit. Sometimes he made him so angry that the sound of her voice made the inside of his head itch. Her overwhelming fragrance made him want to purge the bile that would churn in his gut in her presence. Yet, here he is staring at her as she mingles with most of their co-workers. Was he jealous? She was having a good time and all could do was sit away from the group and drink beer after beer. He thought of her as a virus.

A few months prior, on a similar night out, they had gotten into an argument that isolated them from the rest of their co-workers. Before they realized it, everyone had made their way someplace else. The little party was over. They had continued to drink through their disagreement until their insults had ceased to make any sense. They had stayed so long that he had missed his last bus home, while she had outlasted the person she had hoped to get a lift home from. At least she lived within walking distance. Reluctantly, she asked if he minded walking home with her. Despite enjoying the idea of her facing a cold walk home alone through a shady neighborhood, he agreed to go with her. He had nowhere to go anyway. While they stumbled towards her place, their constant debate and verbal abuse simmered into actual quiet conversation. They both asked each other simple questions regarding each other’s pasts. She confessed to him of a former engagement that was broken due to her fiancés infidelity. After that had happened she had cropped her long blond hair down to nothing in protest. He felt a pang of sympathy for her and stayed silent. Once they reached her home, they caught her roommate getting ready to go to bed. Stacy introduced them to each other and then invited him in for a drink.

Her laugh snapped him out of his memory. She looked at him momentarily and then returned to her conversation. He was pretty sure that she was aware that he had been watching her all evening. She put one of her hands across the back of her neck for a moment and then fussed with an earring, while keeping focus on the new guy. The look in her eyes reminded him of that one night.

After she had invited him in, they sat next to each other on her couch and sipped from bottles of cheap beer. Their conversation continued examining each other’s histories, until she shifted gears to find out about his romantic status. He confessed that he had none. She seemed surprised, which kind of shocked him. She told him that any woman would want to be with a guy like him. Stacy leaned over closer to him and softly told him that he needed to open up and be himself and the women would find him. Then she leaned back again and laughed that awful laugh.

He bristled from that memory and orders another beer from the waitress. He wondered if this is what his life will be like. The only passion he had ever exhibited in his life was to solely spew venom at those who bugged him. The only sign of life he had ever shown – going back to grade school – had always been with the girls who grinded his nerves. The girls he liked would have never known, because he could not convey those feelings. It was always the girls who pissed him off. They were always girls who would not back down and they were the ones who always stuck with him. They are the ones he still remembers, while his actual crushes faded away.

The waitress set his latest beer on the table and took the empty pint. She says, “Is everything okay?”

“I don’t know,” he responds without looking up. He didn’t want to see Stacy having a good time anymore. Seeing her made him hate himself, because she made it clear that his anger was all that kept him going. Apparently “being himself” meant being an ass.
Posted by chriswreckage at 7:20 PM 3 comments: 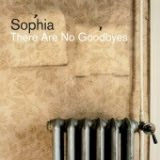 "I lost my head in a landslide"
In Sophia's world, everything pretty much sucks. I can see how one would not like Robin Proper-Sheppard's music. His voice is kind of whiny and so are most of his lyrics. Yet, somehow, he manages to produce some of the most immaculate songs. He has an everyman vibe in his words which tempers the navel gazing self absorbed world he seems to live in. The pristine arrangements give this album both a soft glowing warmth and a grey day chill. His songs are geared toward the reflective and the instrospective, but there are catchy upbeat tunes like the 3 minute strummer "Obvious" that can real in even the most jaded with it's hook. The entire album seems to be about a break-up or divorce and touches on the bitterness, anger, loneliness, denial, confusion, regret, etc that seems to come with such complications. It's powerful and needs time to sink its teeth in. The second disc is a nicely recorded solo acoustic show (save for a few songs with a string quartet) recorded in Vienna on Valentine's Day of 2009.

Second album, now a quartet. Continuing my love of uk punk-pop bands in the lineage of The Clash to China Drum. Careering blasts of frenentic joy and heartfelt working class sentiment. Timeless.

Took me awhile to warm to this one. Feels a bit stiff at first. It's a grower and the more plays it gets, the more striking it gets. These Scots seem to be getting better with age. Plus there's a song on there about their 2007 show at Wonder Ballroom here in Portland.

This fourth album from Metric is a clear attempt for them to reach the stars, or at least the stadiums. This album is strikingly straight-forward and straight-ahead and crammed full of stadium rock anthems for the masses to chant along with. It would turn my stomach if it wasn't s well executed. Their first 3 LPs were all distatsteful to me upon first listen, but grew to be favorites over time. This one was instantly on heavy rotation, but it remains to be seen how well it will age.

5. Great Northern Remind Me Where the Light Is (Eenie Meenie)

I've gushed about them elsewhere.

Mould is the man.

Multi-instrumentalist three-piece who made it big with their iPOD ad song "Bruises." Of course, in the iPOD world one song gets downloaded and the band forgotten. However, this debut album is pretty damn good. It is very 80s in a Book of Love crossed with Alphaville sort of way. They forge an added identity with some impressive biting social commentary on some of these songs as well. Especially the opening two tracks: "Garbage" and "Planet Health."

Dinosaur Jr. are like an old furry stuffed animal that's worn out and beat up, but still kind of cute and inviting. This may be their best album from start to finish. Good to see the original lineup back together and staying together.


10. For Against Never Been (Words on Music)
Wow! The return of orginal guitarist Harry Dingman III has these Nebraska vets re-invigorated. This album takes me back to the original fire I had for this band's music when I first bought their "In the Marshes" 10" vinyl EP in 1990. It was mysterious and spooky and evoked the best of the original 4AD vibe with an added edge. They've never not been good, but this is why I first bought in.

Posted by chriswreckage at 11:19 AM 2 comments: