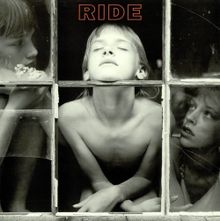 Over the years, my obsession with music has led me down a path of often unconsciously steering conversations towards the topic of music.  I apologize to all of my closest friends.  I don’t mean to.  It just happens.  It’s frequently near the forefront of my mind.  Several times, after steering a conversation toward music, one sentiment I’ve heard many times both in passing, in heated drunken discussions, and in one on one thoughtful chats – it generally goes something like this: “They don’t make music as good as they used to,” or “music was much better back in the day.”  You know you’ve heard something along these lines said, or maybe said before.  These types of statements always get my blood pressure to rise, my nostrils to flare, and an inner voice to remind me to take a deep breath.  Listen, I get it, music often makes a bigger impact on people when they are younger.  It’s new and fresh and speaks to us in different ways.  Over time, most of us drift away from music.  Life becomes more complicated.  We get jobs, have families, and have various crises and triumphs.  Our horizons are broadened.  Our priorities change.  The reason such statements eat at me is that there is always good music being made.  There’s more of it coming at us each year.  It may not always be groundbreaking.  It may not change our lives like it did when we were fifteen.  It may seem foreign and uncomfortable.  But some group of people somewhere are being drawn to it.  They are finding inspiration and freedom and joy from it.  This is a good thing.  The past year or so has been fantastic for me personally, despite closing dangerously in on the age of 50.  I haven’t been introduced to this many new artists since I was frantically devouring all things music in my early twenties.  A simple reminder that the music is always out there.  It’s just a matter of having the will to find it.

Since last summer, I’ve been listening weekly to the Big Takeover Radio show put on by the music ultra-fan/aficionado Jack Rabid (available on Real Punk Radio each Monday).  The last month or so, Jack has been celebrating the music year of 1979 – marking its 40th anniversary.  There seems to be a limitless amount of incredible songs from that year – a lot of which I have retroactively discovered.  While listening to these sets the last few weeks, I’ve found myself thinking about great years in music.  Obviously, ‘79 was a good one.  It was when the punk explosion was still occurring around the globe, but also merging into post-punk.  It was when tiny independent labels had been popping up everywhere and creating a truly exciting underground scenes that would prove to be massively influential still to this day.  At the same time, when seen from the macro scale, 1979 was a terrible year in music.  Music sales were slumping to a disturbing degree.  There’s not a lot of hit music from those days (78-80) that has been very lasting.  It’s kind of a dead zone between the soft rock of the 70s and the video driven pop of the 80s.  However, percolating underneath the mainstream were hip hop, punk, noise, goth, industrial, dance and post-punk music.  Not yet finding a wide audience, but the sources of tons of amazing and exciting music.  Still, having said that, I’m certain that there are multitudes of people who love the hits of 1979.  These are the songs they may hold up as the high standard that all future music would be compared to.

For a variety of reasons, generally, music has its greatest impact on us in our younger years.  In our teens and twenties we begin to truly develop our own tastes and begin to make our own decisions.  This is when we kind of break free of our parents influence, and the peer-induced influence of what’s acceptable, and begin discovering things on our own.  This is why I truly believe that so many people find it easy to dismiss new music later in life.  It’s not what they cut their teeth on.  To a certain extent, we’re all guilty of this.  Jack Rabid was 17 in 1979.  There’s a reason, beyond the plethora of incredible music released that year, it’s that he was exposed to this music at just the right time. 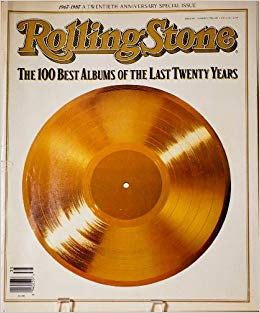 In 1986, my mom bought me what turned out to be, I think, a ten year subscription to Rolling Stone magazine for my birthday.  Not too long after I began receiving issues, in came several special editions marking the magazine’s 20th anniversary.  There were best of lists of albums, singles, and tours, I believe.  I learned a lot about rock’s history and took advantage of these issues to investigate a lot of older music and discover more about the history of this stuff I love so much.  I began asking my parents, aunts, uncles, teachers, or anyone older, what it was like when rock-n-roll was new - when it all was considered taboo and dangerous.  Maybe 1956 was the greatest year of music.  I was curious about when Beatlemania hit, and the resulting British invasion – maybe 1963 was the greatest year.  Or what was life like in like 1967 when the pop charts reflected what was popular and sometimes what was the most cutting edge and creative – a concept foreign to a child growing up with fully market researched and analyzed commercial media.  What I learned pretty quickly is that most people really don’t pay attention to this shit.  Pretty much everyone dismissed my questions with ignorance, or complaints about the constant screaming that would drown out the Beatles when they performed live, or with my Mom trying to convince me that she had been a drag racing “hood.”  It was around this same time that I read something about the RIAA (Recording Industry Association of America) considering a true music fan as someone who purchases more than one album in a year.  This concept blew me away!  It didn’t make sense.  How could anyone survive with a long list of music that they need to have?  I have fully come to realize that music’s importance is very individual and often very limited and transitory for a high percentage of people.

My search for the greatest year of music was quickly abandoned.  So, the question I began to ask myself is what is my favorite year for music?  It’s not so straightforward.  I will never forget the uncommon power of 1985, when I first went all in on music.  That was the year I got a job and began spending all of that income on records.  These records slowly began collecting alongside my dozen or so records I’d gained access to as a little kid.  Yet, the following year, ’86, found me with a CD player and I began to learn about music beyond the Top 40.  I mean, I will forever know albums like The The’s Infected, Depeche Mode’s Black Celebration, Pet Shop Boys’ Please, and New Order’s Brotherhood better than I know my own social security number, because they were new and exciting and I only had about fifty albums in the old collection, so I played them all the time.  I mentioned earlier that the past year has been an especially great year for music, for me personally, because of a renewed vigor of discovery and exposure (see explanation here).  I could toss in just about any year, because there’s been meaningful music that has swept over me, and captivated me for a variety of reasons.  For example, 2003 was a rough year of health issues, but defiant, loud, and angry albums by The Lawrence Arms, T.S.O.L., and Killing Joke helped drag me through those medical problems with an indomitable spirit.

In the end, not that anyone asked, I think I’ve decided that 1992 has been my favorite year of music so far.  It slots in with the age of discovery.  I turned 21 that spring.  I was well on my way when it comes to developing my interests and tastes as far as music is concerned for what has turned out to be a long time love affair.  I had begun trying to write about music.  I had survived a physically and emotionally rough year in 1991, and music felt bigger, brighter, and more important than ever.  A big part of that is because the so-called shoegaze scene was absolutely on fire (great records by Ride, Pale Saints, Catherine Wheel, Kitchens of Distinction, Curve, etc.), so there were new UK import EPs and albums to buy every week, along with a healthy stateside indie scene (Velocity Girl, Small Factory, Swirlies, Versus, Unrest, Pavement, Chainsaw Kittens, etc.) where I could mail-order records directly from the bands or tiny labels.  I found myself acquiring a lot of indie pop and punk records that way.  I remember spending $8 of my last $10 till payday on the brand new single “Goodbye” by The Sundays, when I spotted it on display a record store on my way to the grocery store for food.  Bob Mould unleashed Sugar’s blasting debut, Jawbreaker appeared with the “Chesterfield King” single, Australia’s Underground Lovers astounded me with their Leaves Me Blind album, and 4AD Records continued their US invasion with Belly and the hypnotic Red House Painters.  Even the Cure impossibly followed up Disintegration (supposedly their genius finale) with a solid album, and Your Arsenal showed that Morrissey was not yet finished.  I could go on and on.  Pretty much all of the music that I love from that year still sounds fresh and vital to me to this day.  In 2003, I purchased a recordable CD player.  It’s just like an old school dual cassette deck, but instead you could burn CDs – one to the other.  Since I couldn’t sleep anymore, I set about a project where I would make a compilation disc to represent each of the years of my music fandom.  Of course, I started out with 1992.  I made a list of songs that was ten notebook pages deep – never repeating a band – of great songs for the disc.  I made one disc with 18 songs, labeled it “1992a” and stopped the entire project there.  It was too much! 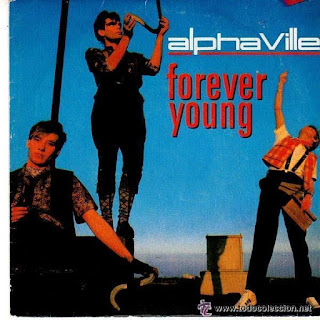 In the end, I hope that I never reach a point that I give up the search for new music.  That search and discovery of amazing music has saved my life several times over.  I do not want to be hunkered down with my arms around an Alphaville “Forever Young” 12” single saddened that I never made it to prom and wondering why they don’t make teenage ballads like they used to.  I am looking forward to years ahead that are brightened with music that rivals and exceeds that exciting music year of 1992.

What has been your favorite year of music?  Why?  What made it special?

Posted by chriswreckage at 2:28 PM No comments: