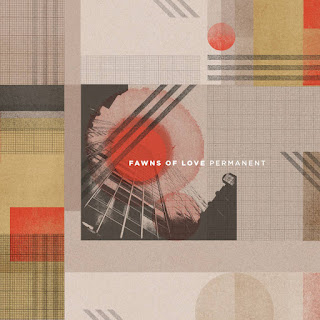 Sacramento based label Test Pattern Records is on fire!  I swear I’ve amassed just about every record they’ve released over the last several years, but this new one, may already be the record of 2019 and we’re just getting started.  I had not previously heard of Fawns of Love until their beautiful, wistful, and lush single “Zine Days” early last year, but it made me an instant fan.  However, much like label mates, Soft Science and their incredible album Maps from last summer, this new release takes all of the band’s best elements and presents them in a wide open clear and concise space.  All of the songs sound huge and vibrant.

Fawns of Love are Jenny and Joseph Andreotti, and Permanent sounds like they snuck into New Order’s recording studio in 1986, right after they recorded “Bizarre Love Triangle,” borrowed their equipment, and laid down a bunch of brilliant songs.  Please don’t misunderstand this.  It is meant as the highest praise.  I cut my musical teeth on that 12” single as a young teenager and vividly remember the day (before weeks passed like days) I purchased it and rushed home to listen to it over and over.  I love the heavy prominent dance beats and that mid-range bass as melodic lead and never tire of it.  The major difference here is that Jenny’s vocals mix with washes of dreamy atmospherics giving this entire album a sincere reflective feel that takes things to another level.

The album opens with the single they shared late last year, “Someday,” which floats atop a wash of keyboards, a sharp dance beat, and some great percussion.  This is maybe what it would sound like if Julee Cruise release a dance single (I don’t know, maybe she has).  Similarly, “December” continues this thread.  That insistent beat combined with strong atmospherics.  Perhaps the best of the pre-LP singles is “Mournful Eyes,” which builds an incredible amount of jittery anticipation leading up to the warm sing-along multi-tracked vocal of the chorus.

My early favorite songs (I can’t decide on one) include the majestic sounding “Horoscope,” which reminds me of all-time favorite New Order song “Your Silent Face,” if it had been graced by a vocal from Elizabeth Frazier, along with the sheer catchiness of the title track, “Permanent” (I cannot stop humming the ooohs from the chorus), and I cannot leave out the stunning “Divine,” which is so pleasantly dream-like that it is a shame when it ends.  Every song is fantastic and though there isn’t a huge variety here, the album works very well as a whole and its 30 minutes or so keeps any fatigue from setting in.

In my tiny circle, Fawns of Love are getting a lot of well-deserved attention.  I hope that it continues to grow.  This is magical music that needs to be heard.  The vinyl is limited, so please pick up a copy while you can!

Posted by chriswreckage at 4:02 PM No comments: 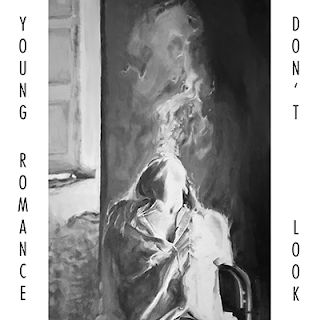 I’ve had a hell of a time getting this review started.  Don’t Look was released back in early November, I first learned of the band in late November, immediately fell in love with what I heard, ordered a copy of the album, received it midway through December and have listened to it over and over again.  I want to spread the word as best I can, because it seems like there has been little attention paid to this deserving record, but the words have not come, so please bear with me.

Maybe it’s in my DNA, as a Pacific North Westerner, but I do love me some guitar/drums two-pieces, and this UK pair are Paolo Ruiu on guitar and Claire Heywood on drums and vocals.  There’s always been at least a few on my radar at any one time, like The Spinanes, Some Velvet Sidewalk, MOTO, early Eux Autres, and Honeyblood – just off the top of my head.  I love the clarity.  The simplicity.  The energy.  Young Romance’s second full length, Don’t Look, hits all of those marks in spades.  There is a singular focus to this album, both lyrically and musically that is appealing.  It has a certain feeling of heartbreak crossed with a powerful determination.

Nearly the entirety of this record is about breaking free of relationships.  This is honestly not something I strongly relate to, not being the dumper very often, and loyal to a fault.  However, this direct collection of songs are easy to jump into and get behind.  The brief opener sets the stage as Claire tells the straight truth to “Alice” that her significant other is a phony (“I know he said he’d change / oh no”) over the top of a grinding guitar line.  The absolutely sublime mid-tempo “Dark of My Shadow” comes on with the line “Where I go try not to follow,” as Claire provides a gentle, but clear and firm goodbye.  I have absolutely fallen in love with Claire’s voice, and this song is where she shines brightest.  Her voice oozes emotion, proving that this decision isn’t easy.  “Prying Eye” comes on like “In Your Head” by Dum Dum Girls before shifting into its pounding and soaring chorus.  It is even more defiant in its message (“I better leave this place / where I can’t see your face”).  The first side closes with the burning two minute scorcher, “Ramona,” which continues the thread of escaping a toxic situation, as she opens the song with the line “I’ll never waste another day with you” in case there’s any doubt.

Elsewhere, the downbeat “Toughen Up,” is the tender side, or at least more melancholy side of the letting go, as we learn of the struggle – the conflict – and the previous efforts to keep on (“We go over and over and over and over our flaws / but we’re tired of lying and keeping from crying / when all that we know of our life is tattered and torn”).  The endlessly catchy “PDS” comes on like gangbusters as Claire tells us that she’s “leaving here…’cause you know it’s never enough.”  I think you get the point.  This is the end.

My earlier reference to Dum Dum Girls is actually specifically in regards to their Only in Dreams album.  A handful of those songs evoke that early girl group with a modern twist feel and both albums are about goodbyes.  That album has been one of the most powerful for me personally in the last ten years, so this is meant as the highest of praise.  Hell, I haven’t even mentioned three of my favorite songs on the record: the straightforward rocker “By My Side,” the breezy sounding, but heart wrenchingly sad “Bruise Easy,” and the closing “All I know.”

I missed out completely on their debut in 2016 and have since ordered a copy of that.  In the meantime, I will keep this one on heavy rotation.  I recommend you do the same.

Young Romance "Dark of My Shadow"

Posted by chriswreckage at 4:41 PM No comments: