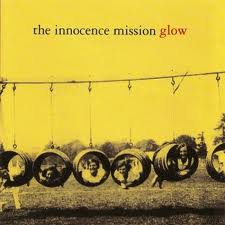 Anyone who has met me during the last 12 years or so may not believe this, but I used to play hoops nearly every day.  I played in the old neighborhood as a little kid, played little league, and all through junior high and high school.  As I went through school it started to mean less and less to me.  My competitive edge was probably not very favorable to the coaches, as I often lacked urgency, cracked jokes on the court, and hated practice.  However, in my early to mid-twenties, I began to play every day during lunch breaks at work and at various open gyms around the city a few nights a week.  It became not only a great source for cheap entertainment, exercise, and a social activity, but I gained that intensity that I lacked during the teenage years.  I’m not sure why, but I could be found diving for a loose ball on blacktop while playing 3 on 3 after work with the guys, yet in high school, there’s a good chance I would’ve avoided any such effort.  The problem with playing so much basketball and playing it so hard at that time is that my shoes were not in good shape.  There was not much I could do, because I was too poor to afford the unbelievably expensive new shoes on the market (and still keep my music inventory growing), so I clomped around in those things for years.  I specifically use the descriptive “clomp” because when I found myself in one of my (slow) sprints down the court, I sounded like a horse trotting on pavement.  I once scared a guy out of making a break away lay-up during a game, as I tried to run him down, because he was certain a horse was on his tail.  The more I wore those shoes down, the louder they became, and the more my feet would ache after each marathon session.  Finally, after a solid four years or so of constant use, I broke down and bought a new pair of high tops in 1995.  Why do I remember what year this was?  It’s because those shoes will forever be linked in my mind with the third album by the innocence mission: 1995’s Glow.

When I first heard “Bright As Yellow,” the stellar pre-LP single early in 1995 on the fledgling 94.7 KNRK Portland’s “alternative” FM radio station (arriving shortly after the odd DJ-less AM station “The Beat” was abandoned – “the beat the beat the beat!”), I fell in love.  The song evoked the lazy hazy twang of the best Mazzy Star crossed with the rainy day atmospherics and nervous chiming of The Sundays (both favorites).  It was a must have.  I tracked down the four song EP as soon as I could and played it constantly.  I could not get enough of the beautiful warbled guitar sound and how the bass drops in as a low rumble about 15 seconds in.  It took me a bit to adjust to Karen Peris’ unique voice, but once I did, I fell for her warm and friendly vocals.  The EP also included another track that would be on the forthcoming album titled “That Was Another Country,” which soon surpassed the big single in my world with its dramatics.  The tapping ride cymbal and lightly pounding drum gives way to a spine tingling opening guitar line before breaking into a sweeping dreamscape reminiscent of The Sundays’ wonderful first LP closer “Joy.”  The heartfelt lyrics really got to me too.  While “Bright As Yellow” is a simple desire to live life openly, honestly, lovingly and brightly, “Country” finds Karen painting a picture of memories of picnics by the bay and parties with paper lanterns with someone who is no longer around.  It is a sad and touching lament that tugs not only at the loss of loved ones, but also of the passing of innocence that comes with it.  The two non-LP songs are also both good songs more akin to what I had heard from the band previously.  I had a few of their songs from their 1991 second album on a label sampler that I liked, but never found myself returning to.  This new material though was really exciting. 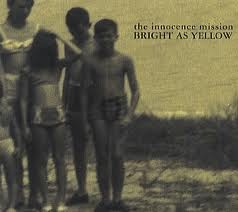 I kept that EP close by at all times for several months, so I finally decided to break down and buy their album once it came out.  While visiting my brother in during the summer of ’95, I remember doing my best attempt to impersonate Karen’s voice on a sunny stroll down

Mercer Avenue
on my way to Tower Records to buy the album because I could not shake the few songs of their newest material I was now addicted to.  The purchase was worth it, as immediately two new songs entered the contest for title of my favorite by the band: the skittering “Speak Our Minds” and the quietly anthemic “Everything’s Different Now,” which gave me similar chills to the way Mazzy Star’s “Halah” first did during the spring of 1990.  This song should’ve been a second single.  Amazing!  Lyrically, all over the album, there are many images of universal childhood moments with family and friends and a continuous theme of the Mary’s and Harry’s and Juni’s and Georgia’s that dot our lives and are no longer with us any more for whatever reason.  The opening track “Keeping Awake” captures what could be the memory of an exciting evening at home where the family camps out in the backyard during a hot summer night, setting the stage for the evocative real life moments of joy and sorrow that lie ahead.  This is timeless music made by relatable people.

Then it was time to see them perform these songs in person.  They came to and played an incredibly relaxed show at the now closed Berbati’s Pan in .  The sizable crowd gathered around the low stage all seated casually on the floor and took in the band’s understated grace.  Their gentle and likable stage demeanor was refreshing and comfortable.  The detail at which they performed their music was immaculate.  Everything was in place, but did not feel overrehearsed.  They were honestly glad to be playing for the eager crowd.  Meanwhile, my group had found our usual spot in the front on the right hand side facing the band.  At a minor break in the music, I jumped up to use the restroom over beside (and a little behind) the stage to the left.  When I came out, the band was just getting into the meat of slow-building “Brave,” so I stayed back and watched from the side of the stage so as not to become a distraction by stumbling my way back to my place in front.  Turns out Ox spotted me over there, thinking that I had jumped onstage.  I have no idea what he saw but he still brings up how seeing me grinning next to the bassist at that show haunts him.

So, what does any of this have to do with basketball and new shoes?  Well, nothing obviously.  But by the time autumn turned into winter, I found myself travelling from to with my father to spend a weekend at his new home.  I had finally purchased some fancy basketball shoes and had them with me on the trip.  The weather was cold and damp and grey and we listened to Glow on the drive down.  He never told me what he thought of it, but I sure enjoyed how the music on the album seemed to change and adapt with each season, bringing about a new way of hearing the words and music of each song.  So, we hung out for a few days.  Ate some food, watched some movies and football games and I fended off the constant advances of his overly affectionate and strange cat Demando.  All in all, it was a nice visit, yet with an underlying sense of melancholy, as we had not yet found a common ground of communication since my mom had passed away.  We were making slow progress.  By the next weekend, had an early snow storm, which I was worried would cancel the acoustic in-store performance the innocence mission was due to perform at the also now defunct downtown Border’s Bookstore.  Since there was no word, I threw on two layers of clothes, and my new basketball shoes – the only shoes I owned not full of holes, tears and major gaps – and headed out into the slowly melting snow.  I met up with Wil and we found a place again on the floor and listened to the band strum their way through about eight highlights from the album.  While sitting there, I noticed a strong horrific odor emanating from nearby.  It smelled like pee, but not like the piss stained sidewalk pee from the downtown sidewalks during the roasting summer months.  This was a different kind of pee.  I looked at Wil and he smelled it too, but we couldn’t figure out where it was coming from.  I smelled it again on the bus on my way home later that afternoon, but smelling pee on the bus isn’t all that unusual.  When I got home and took off my brand new shoes, I realized with a sudden blast of pungent odor, that my feet were the source of the smell.  It was cat pee.  Demando had marked my shoes the weekend before and the dampness from the slush and the sweat from my feet trapped in the leather shoes created a stew of foulness that makes me gag just thinking about it.  The piss shoes were born and now I had to decide between wearing those or the threadbare horse shoes when I played hoops.

*the timeline for this story may be wildly inaccurate...