Start at the End 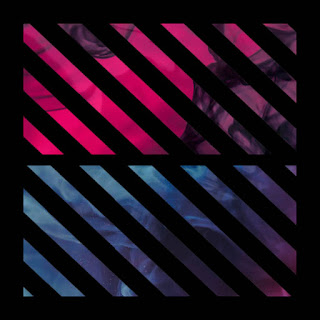 “Don’t worry about it / Don’t worry at all” concludes the third song on this spectacular debut EP from L.A. based four piece Wild Signals.  They may be instructing us to start at the end, but I’m going straight to the middle.  “Restless” is my favorite song here amidst five greats, because it encapsulates all of their strengths together into one perfect song.  Vocalists/guitarists Noël Brydebell and Nicole Ridgely display mastery by weaving beautiful soundscapes with chiming, heavily reverbed guitars that will entice any shoegaze fans, while drummer Josh Renkow, and bassist Ben Keysaer add another dimension.  In this case, a powerful thumping groove that matches the floating quality of the song where you can actually “feel your pulse,” but then at the climax of the song, this rhythm section goes a little off the rails with speedy drum fills and a sliding bass line that brings the song to an explosive conclusion, exemplifying the restlessness inferred in the title, despite the calming words.

The busy drums are display elsewhere, giving this band a unique spin on this wonderful style.  “Home” opens this EP with a slow peaceful opening, majestic guitars (reminding of the time I first heard Fur’s “Camomile”), and a stunning vocal, before a bouncing bass kicks in.  Before we know it, the song jumps into a remarkably high speed buzzsaw, while the vocals and guitars remain at their original pace.  It’s an intriguing twist.

“Vauxhall” also has busy drums in contrast to the Habitants-style epic dreaminess of the song’s framework.  It’s as if Renkow is infusing the drum mania of first album Icicle Works (“Bird’s Fly,” “Nirvana”) and Thunder and Consolation New Model Army (“I Love the World,” etc.) to the intricate and deliberate setting.  This might be distracting to some, but I happen to love all of those things.

In case this sounds a little much for you, “Space” is a much more languid song that stretches out nicely providing an opportunity for Brydebell and Ridgely to crank up some string busting noise in what would be an amazing live set closer.

This EP ends with “The Bat,” which is epic and downright stratospheric in its various stages of dramatic development.  I can easily say that this debut has me wanting to hear more.  This may be a debut release, and they are clearly hungry and inspired, and yet they sound like seasoned veterans.  Excellent!

Posted by chriswreckage at 3:04 PM No comments: 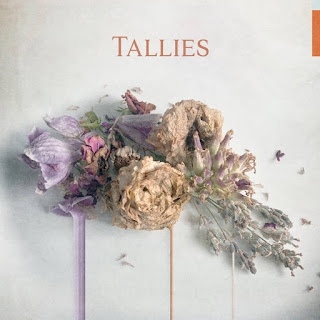 This is the debut album from Toronto band Tallies and it feels like I should’ve been listening to this for years already.  Their brand of bright intricate catchy melodies with sharp lyrics is the type of thing I’ve always hungrily sought out since about the time I first heard The Sundays, so this new album already feels like an old friend.

The album opens with “Trouble,” which begins with a sole drum beat fading in before it suddenly bursts into bright chiming guitars and a rumbling bass and Sarah Cogan warning us poetically that we all need to be more careful and heed signs of potential trouble.    And we’re off to the races, as “Trouble” melts right into the first single “Mother” – an impeccable tune that continues that lesson of questioning things that are going on around us and finding the right path.  Two songs on in and this album had me giddy because it evokes the greatness of the afore-mentioned Sundays (check out the huge guitar strum and bass groove of “Midnight”), The Innocence Mission, and mostly the short-lived Delicious Monster.  Cogan’s strong vocals remind me of a cross between Kristin Hersh and Rachel Mayfield, while Dylan Franklin creates instantly memorable, detailed guitar lines that make this pairing instantly crucial.  Though I'd be remiss if I didn't mention the tight and versatile playing of Stephen Pitman and Cian O'Niell on bass and drums respectively.  The next two songs are maybe my two favorite songs on the album.  “Have You” has Cogan wondering if her partner is really getting her.  The repetitiveness of the “Have You” chorus works well in its building anger and frustration.  I dare you not to let it get to you as well as get it stuck in your head.  “Not So Proud” is where Cogan really shines as she belts out her words with an urgent intensity.

There are plenty of highlights to be found in the second half of Tallies.  “Eden” is a breezy sounding classic with a bridge and chorus to die for, while “Beat the Heart “is instantly addictive and another showcase of talent.  “Giving Up” shifts up the sound a bit with an almost flamenco rhythm.  The album closer, “Easy Enough,” comes out with a stream-lined wide open feel, like the band should be performing on a wind-swept cliff looming over the ocean.  A song like this makes me wonder why the entire world isn’t singing along.

Aside from the crisp sounding “Mother,” most of these songs are washed in a gauzy rainy day haze that reminds of the debut albums from The Ocean Blue and Trashcan Sinatras, which is high praise, but it makes me wonder what this album would be like without the Vaseline on the lens.  Whatever the case, this is an amazing debut and I’m pretty sure I’ll be listening to this one for years and years to come.  I encourage you to explore for yourself.  By the way, the physical versions come with a very pretty additional song “Trains and Snow.”

Posted by chriswreckage at 11:29 AM No comments: