Last year, I had planned on doing a continuing series of pieces about old favorite albums or forgotten albums and simply overlooked albums (started as seen here on Lacquer by Swedish band Popsicle). It was to be a chance to reflect on the times when those records impacted my life and how they did and continue to do so. I spend so much time focusing on what’s coming up next that it’s nice to stop and realize that I have a pretty cool collection of music sitting all around me that I can get lost in and maybe never return from. I had also hoped to get others involved and hear thoughts and anecdotes involving their own lost favorites, etc. or from those affected as I have been by music in order to break up the monotony of my terrible collection of adjectives and anecdotes. Unsurprisingly, this never really took off. However, after the complete mind dump that has been the annual end of year Top 40 list that I have continued to do for no apparent reason, I’ve decided to try and give this whole expressing a love for music thing another go. But it will not start with this one. Instead, I have decided to restart by writing about a band that has eluded me in many ways over the years: Jawbreaker. This Bay Area band was a huge one for me – probably my favorite from about 1990 till 1995. They came along with their heartfelt proletariat songs of love and drunkenness during the time I was leaving home and High School and bound for college and an attempt at independence, so their music and words captured and romanticized the life I was kind of living. 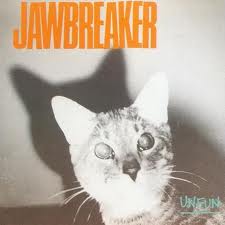 I first encountered Jawbreaker in 1989 when I picked up Volume 2 of Shredder Records’ Worlds in Shreds series of singles from the much missed Blacklist Mail Order (where one could buy punk influenced records at incredibly cheap rates) and the love affair continued until they eventually split after four powerful, yet completely different albums. Why were they always so elusive to me? I’m not sure. It was partly due to the inspiration of their music that I was driven to start writing about music and starting a ‘zine (the short lived This Wreckage described here: This is Our Emergency – hell, even the first two entries on this site are pieces named after Jawbreaker songs: Accident Prone and Jinx Removing). In fact, after their epic second album Bivouac dominated my world during the entirety of 1993 (it was the first album I bought in January of that year to guide me through another surgery recovery), I found myself on the ninth handwritten page of a review of it as my #1 pick for that year. While writing a long description of a reoccurring dream I used to have about being buried alive and somehow relating that to their song “Face Down,” I stood up, wadded the entire thing up and tossed it in the trash. I didn’t write about music or anything at all again for another four or five years. It was simply too much. For some reason, whenever I try to write about Jawbreaker’s music, my mind collapses in on itself. I get tangled up and cannot fathom a way to express the deeply personal tie I have with so many of their songs, which is confusing considering the relatable and immaculately poetic lyrics of vocalist/guitarist Blake Schwarzenbach. I have never been able to quite put into words how much a song like “Ache” (from 1994’s 24 Hour Revenge Therapy) helped carry me through a long dark period of pining for a lost love (“lean your head on mine like you used to / I don’t mind if you’re faking it”), or how the rough hewn downtown asphalt soundscape of songs like “Kiss the Bottle,” “Chesterfield King,” and “Sea Foam Green” bring alive the wistful and dramatic times of finding ones’ foothold in life. None of the words I write about the band feel like they’re worth the time wasted putting them down, and then I expand that to everything else I’ve ever written and then it leads to a complete shut down. It has always been incredibly frustrating to feel inspired to write when hearing their music, but losing the meager ability that I have to do so. And this is where I’ve found myself lately, which reminds me of that fateful day or two where I attempted to write the definitive synopsis of Bivouac back in December of 1993. 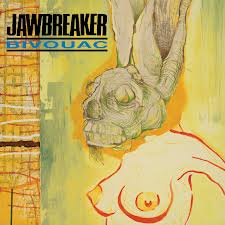 My first thought, when I decided to make a stab at writing about Jawbreaker again brought me to 1992’s Chesterfield King EP, which I bought while living in Seattle. I’ll never forget the day I bought it. The day prior I had collected a paycheck for one day’s worth of work at a terrible mall record store, before deciding that I’d rather starve than to work in such an environment (a pattern that repeated itself frequently during my short stint in that city), so I had a few dollars in my wallet. I was woken up by the monthly visit from the pest control people as they had stormed uninvited into my studio to spray unknown chemicals into the corners of my room, before wordlessly exiting. Since I was awake, and the sun was out, I decided to throw on some clothes and take advantage of that money and walk up the street to the old Crocodile Records just off of Mercer near the Seattle Center. That day I found the debut self-titled Swans EP from 1982 and the brand new Jawbreaker EP both on vinyl. It was such a surprise and I had just enough cash. “Chesterfield King” was everything I could’ve ever hoped for after wearing their debut Unfun out and having to buy the then newly released version on CD. The band had retained their loose and gritty punk inflected music, but now had introduced a much stronger personal edge to the lyrics. But it is “Tour Song,” the second track, a catchy slice of life on the road, which reminds me of the other reason they have always frustrated me. While the opening lines of the song provide all one needs to know about driving across country in a van with no money to promote their music (“Seven hundred miles to play to fifteen angry men / I need some sleep”), I cannot help but stop and smile thinking about all of the times that Jawbreaker cancelled shows on me and my friends. Every time I was aware of them playing locally (and by “locally,” I mean within a couple hundred miles) and tried to go, we would be presented with a closed venue and news that the show had been cancelled. It wasn’t until 1995 when they played at Portland State University, of all places, that we all actually managed to see them perform and that show was cut short (literally cut short, as the plug was pulled on them mid song mid set) due to an enforcement of a noise ordinance. “Every little thing must go wrong” indeed. 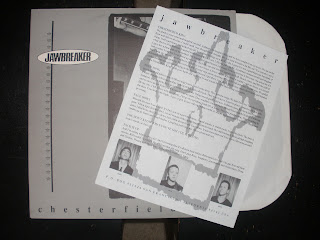 So, that is it. That is my way of side stepping actually writing with any detail about Jawbreaker’s music, while recommending their music. They have been like an old friend who has seen me through my worst and celebrated with me through a few triumphs, and like the boat from their song "The Boat Dreams from the Hill," I hope to "begin again" one day and maybe find the writing voice or inspiration that I once believed would come to me. 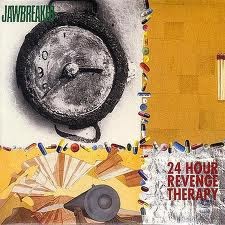 I highly recommend all of their albums. They are all fairly easily attainable nowadays (unlike then). Former drummer, Adam Pfahler, has thankfully been reissuing their albums on his own Blackball Records over the last few years with great care. Please seek them out and experience them for yourself, if you haven’t already done so. 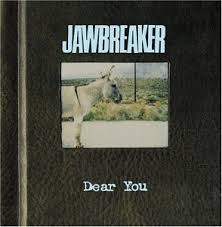 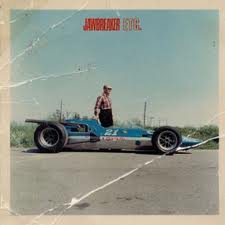 Posted by chriswreckage at 1:38 PM 3 comments: