The Dead Part of You 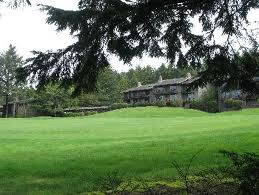 I paced around the back of the tee box slapping my shitty driver over and over against the dew slathered ground. Back at the Shan, where the golf nightmares never cease; the first ones out of the gate after a late night and a restless fit of sleep. This is it. The inaugural Grudge Match. Ryan and I challenged Eric and Wirtz to a straight battle over 18 holes naming it a Grudge Match. Ryan and I had worked ourselves into a frenzy, during a conversation one evening, where we went from thinking it’d be a good idea to get us all together for a round, to deciding that we’ve always hated them and that we must defeat them. The only problem was they are both much better at this wretched game than either of us – especially me.

“What are we playing for? What are the stakes?” Wirtz asked as he stretched out his back by bending over and burst the button off his pants. “Anybody got a safety pin?”

This course is terrible. And by terrible, I mean difficult. We’ve all played here so many times and I’ve hit a bad shot from every square yard that encompasses the property. So many bad memories, and yet I keep returning. This morning, I had been startled from a dream where Tiger Woods was being interviewed after a round here and all he could do was shake his head and say that he shot a 102. You’d think that would make me feel better, but I know it’s all a lie.

“I don’t know Wirtz, I’m not playing for money,” Ryan chimed in as he and Eric laughed at Wirtz’s struggles with his pants. “You guys are going to win, so I’m staying out of that game.”

“How about we play to the death?” I suggested sternly from my post at the far end of the teeing ground, before returning to my circling and pacing.

“Let’s play for blah” Wirtz suggested as he put his bleeding index finger into his mouth to stop the drop of blood that he had exposed from the tip of the safety pin that he had used to fasten to his pants. I use “blah” because no one remembers what he actually suggested; a word I misheard as “souls.”

“It’s settled then, we’re playing for souls,” I decided as I adjusted the long sleeve mock that I was uncomfortable in, but found necessary in the heavy misty coastal morning. “Whoever wins gets to keep the souls of the losing team.”

“What?” Eric looked around, irritated. “That doesn’t make any sense!”

“I don’t have a soul,” Ryan proclaimed and therefore agreed to the terms.

Wirtz was simply distracted by his pants. This would not prevent him from hitting the ball further off the first tee with his 5 iron than I could hit my best drive. And it went on from there.

This is how I lost my soul. 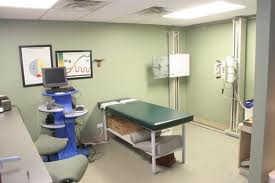 I spent hours in the little examination room that doctors have, yet again. This time I was there to get the results of my CT scan from the prior week. Still I was asked to sit on the familiar little wax paper covered butcher block in my underwear shivering. As usual, the wait was long enough for me to “read” three entertainment magazines cover to cover. And as usual, the doctor spent all of two minutes with me. At least half of that time was spent tugging on my tender gonads. All in all, fairly routine. The only anomaly is that the scan discovered several breaks in my ribs. To look at this closer, he ordered detailed x-rays to be done and sent me to his scheduler guy to set that up.

The scheduler guy seemed awfully curious about my injury. Way more curious than my doctor. He asked if I had been in an accident. I told him I couldn't think of anything that would cause my ribs to break. He suggested that maybe I’d angered "someone" enough to lead "them" to beat me in my sleep causing us to laugh conspiratorially.

After my sinister forced laugh in response, I felt disturbed. Why would this be funny? Why would I want to treat someone so badly that they would want to break my ribs while I sleep? Of course, none of this matters, since I do not have anyone around to break my ribs during my sleep. Maybe I should've taken his jab as a compliment. It is rare that someone assumes that I’m in a relationship and not as someone who is falling apart both physically and mentally. 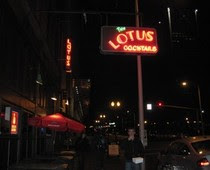 I stood in the kitchen leaning against the counter’s edge opposite of the oven. The light that illuminated the parking lot outside beamed some residual glare through the white blinds. With the black and white bands of shadow striping my T-shirt, I tried conjuring up an ugly version of the “American Gigolo” movie poster image. I failed to reach ugly, so I took a deep breath and grabbed my keys and headed out.

It had been one of those evenings. It was a Friday, and I was filled with restless energy, but there was nothing to do that felt right. There were no appealing shows. All of my area friends had plans with their significant others or were working. Generally, I’m okay with a night off, but staying in and watching a movie or listening to tunes with the headphones wasn’t in the cards. Every attempt to relax had already been thwarted by twitching legs and an inability to focus.

I screeched out of the parking lot in the floating old maroon Ford and turned the stereo up as loud as I could get it. My destination was to hit downtown, but I knew that it would prove a pointless journey. The late summer had been a warm one, and this night was no different. I pushed down the windows and opened the vents to get some airflow moving inside the stuffy car that had been absorbing heat all afternoon. I could feel drops of sweat drawing a line down my spine and my head start to pulse with irritation.

At each light on the way to downtown I sped off the line like a teenager so I could cut off the cars in the other lane. I was acting like a dick and feeling like one too. My mind had reverted back to High School and maybe beyond. I was back on Highway 101 cruising Wayside and looking for unsuspecting tourists to mess with. I didn’t care about anything. Everything was stifling oppressive and overwhelming.

The slow drift through the downtown streets unveiled exactly what I knew I would find: couples my age wandering the streets half-crocked in groups of four or six instilled with a boozy fearlessness and obnoxious demeanor. This could’ve been what I was doing if I ever had the guts to try and make time with potential mates and I looked on with a small bit of jealousy at the laughter and closeness they were all sharing. The rest of me filled with rage. This was the last thing I wanted. It reminded me of those early days at college; wandering around the campus on a Friday night being intruded upon by drunken idiots, while I tried to figure out how I ended up having to step over a passed out body and side step a puke filled urinal just to take a leak.

Outside the Lotus, everyone in the velvet roped off line looked toward my car as I stared them all down. My stereo blasted the high end chiming guitars and breathy harmonies of my favorite Swedish band Popsicle. In reality, the music was so loud that it had become a wash of white noise that was drowning out the laughter, chatter and thumping of the nightclub they were all waiting to access.

At the next green light, I abruptly turned the car left and made my way back out of the downtown grid. I couldn’t figure out what I was doing down there other than fueling my frustration and wasting time. I was tired of this night alone and wanted it to end. I hated myself because I knew that I would do nothing to try and avoid nights like this in the future. I sped back out toward my box and felt the emptiness of the rows of streetlights that were illuminating other apartments along the way. I especially noticed the ones with a single visible light on inside. It made me realize that I was experiencing the fate of many and it made me feel emptier.

Posted by chriswreckage at 7:28 AM